This current project includes the design and implementation of a master plan for continued development of the site to include a major expansion and renovation of the Family Center, a new St. Vincent DePaul Social Services Center, a Youth Center with full gymnasium, outdoor athletic facilities, parking expansion, and a phased construction program for a School through the eighth grade. Changing priorities have resulted in construction of the school and St. Vincent DePaul Center and athletic facilities, with the Youth Center planned for construction in 1998.

A land planning project initialized to develop land along 281 North in San Antonio into a secondary Medical-Surgical enclave. Phase II, a second 60,000 S.F. Surgical Center and Medical Office building is projected for 1998. JDM Associates was also Design Architect for the First Phase building, including research and design for surgical suites and medical support facilities within the building. 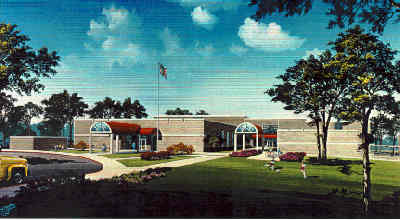 Typical of more recent work by JDM Associates, the design through construction administration of this $3.6 million school was exhibited at the American Association of School Administrators Annual Meeting as an example of contemporary educational design. Later work included the design of an originally planned eight classroom addition with support facilities. 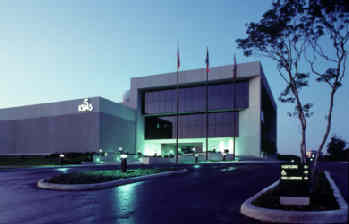 Initially retained as an independent consultant to the design team to coordinate multiple developments surrounding the site, Mr. McClellan was later retained to coordinate the technical and other consultants and provide autonomous project supervision over construction operations. His innovative contributions included the use of fiberglass fabric secured with nylon bolts to conceal microwave antennae without functional interference.

Mr. McClellan was retained as independent consultant by the joint venture architectural team to complete the site drainage, circulation, and contour development for the 23 acre site.

First revised study since 1955, the 1975 study provided re-direction ans planning for the Main High School Plant between 1975 and 1980, under the 1976 construction bond issue. Mr. McClellan's study was the first to propose an "A" and "B" complex to allow fluid deveopment between four grade levels. The plan was not implemented until 1984. Specifics included a stage addition to the Cafetorium, a three story classroom structure, gymnasium, music facilities, athletic support facilities, and traffic-pedestrian circulation system.

Commissioned by the Austin Community Development Corporation, this plan was primarily an economic study by which low income homeowners could work together to realize the full benefits of inevitable growth north of Austin. The plan was adapted as a strategy for the agency in other Austin neighborhoods.

A multiple use Master Plan for the area west of Castroville used to coordinate multiple developers. Created in 1977, the first building was begun in 1983, with completion of different phases expected to continue beyond the year 2000.

A twenty-five year Master Plan commissioned by Mitchell Energy to develop the city north of Houston. Mr. McClellan was one of a team of eight chosen to produce the initial planning study, with details down to the year-by-year lineal feet of roadway curbing.

A ten year master plan for the Northeast School District in San Antonio by Mr. McClellan as Project Architect with another firm. The plan is now developed, with little modification since its initial work in 1973. 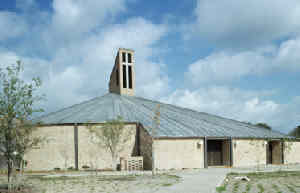 This church was one of the first "fan" churches built in the southwest. Mr. McClellan worked on this design while in the employ of Lloyd Jary in 1972. The budget constraints were handled by limiting the materials to masonry and wood and thus limiting the trades involved. The design was one of the first in the state to follow the then recently promulgated liturgical guidelines following Vatican II. Some elements, such as the semblance of the rear alter were retained to transition the change from the existing church. 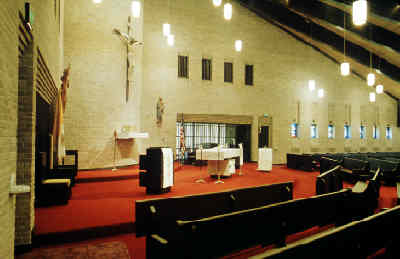 A site-measured inventory of over 2,000,000 square feet of space for Southwestern Bell in the San Antonio and Austin Areas. The project included the inventory of space, producing all drawings in a CADD database, and presenting master plans in color for each building and work area. Project completed in five months with a staff of four and three workstations.

A warehouse and service facility designed to support service for the light truck division and parts warehouse and distribution for both the light and heavy trucks division. Project solved cramped site condition by innovative use of 30% angle entry to dock/receiving area to allow joint use of turning space surrounding the delivery and service areas. Planned and constructed for an interior mezzanine addition to double warehouse capacity over a ten year growth period. Construction was of tilt-up concrete walls, bar joists, and slab-on-grade with lime stabilization. Project included offices and repair training areas for the complex as well as a drive-thru assessment and estimating area and was facilities. 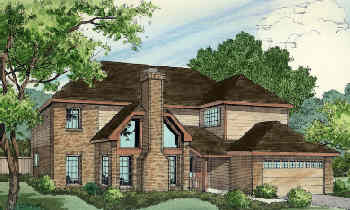 The experience of JDM Associates includes development of numerous product lines for nationally known builders of single family homes and apartments. Custom home work from 2500 to 10,000 s.f. homes have been designed as well. During the boom years of the mid-80's JDM Associates accounted for over 65% of the new homes built in San Antonio for two years in a row. All design and construction documents are now generated by computer.

Current capabilities include computer generated final renderings, walk-throughs, and complete framing plans in 2 and 3 dimensions with full lists of materials in formats compatible with most cost accounting software packages. 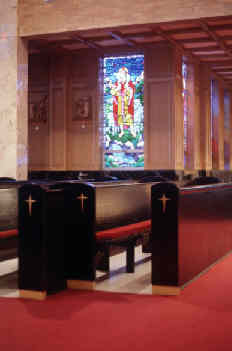 We include here a reference which is not a work of Mr. McClellan, but rather an example of the type of thinking that he brings to work for the church. In his early college years, Jack worked in a mill making cabinetry and church furniture. One of the projects in which he was involved was the making of the decorative woodwork and pews for this church. It was here that he began to develop his appreciation for the individual craftsmen and workers that resulted in a completed piece of architecture befitting a place of worship. It was here, sanding and assembling pieces of wood that would become permanent parts of the daily lives of generations to come that he learned the humility and reverence that one must hold in order to be of service to a parish community and to a work of worship. It was this experience that turned him from engineering to Architecture.